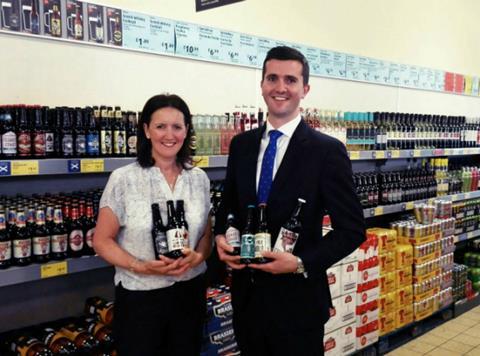 Aldi will promote the competition alongside its own Scottish Beer Festival

Aldi has signed on as the main sponsor of the inaugural Scottish Beer Awards, an annual competition to celebrate Scotland’s beer business.

The discounter will lend its name to the new event for two years to support and promote the competition alongside its own in-store Scottish Beer Festival.

The deal is the first major corporate sponsorship for the awards programme, which launched six months ago and has received entries from 154 beers brewed by a total of 31 breweries including BrewDog and Caledonian Brewery.

Winners in 16 categories – including Best IPA, Exporter of the Year and Excellence in Marketing – will be announced on 29 September at Edinburgh’s Corn Exchange, picked from a shortlist of 73 drinks.

“Securing the support of Aldi is a game-changer for the Scottish Beer Awards and our work to promote the best of Scottish brewing,” said Kirsten Speirs, director of KDMedia, which operates the competition.

Michael Whiteford, buying director at Aldi in Scotland, added: “Our commitment to Scottish brewing has never been higher. We look forward to working with the Scottish Beer Awards contenders to support their achievements.”