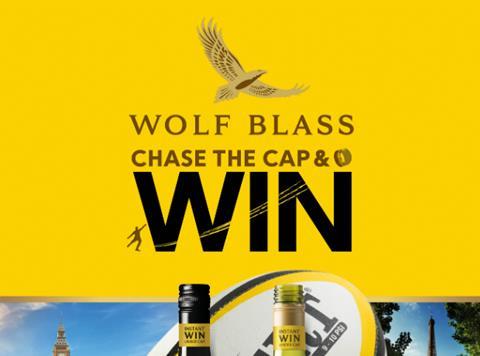 Wolf Blass has returned to the small screen as part of a multimedia push for the Treasury Wine Estate portfolio.

The Chase the Cap campaign for Wolf Blass Yellow Label, launched this week, includes a new TV ad showing on Sky Sports throughout this month, alongside an on-pack instant win promotion. The latter gives consumers the chance to win a selection of rugby-themed prizes from premium Wolf Blass wines to a luxury European ‘rugby’ weekend for two.

In a nod to the name of the push, a message under the cap of the bottle will tell shoppers if they have won.

“Wolf Blass is one of TWE’s most successful global brands and we’re thrilled to support its strong performance in the UK and feel confident our new campaign will drive continued growth and premiumisation for the overall category,” said Caroline Thompson-Hill, head of marketing UK, Ireland & Western Europe.

The push forms part of the Wolf Blass Here’s To The Chase global campaign launched in August that linked the brand with the Rugby World Cup and helped sales grow 8.5% to £75.6m [Nielsen 52 w/e 25 April 2016].