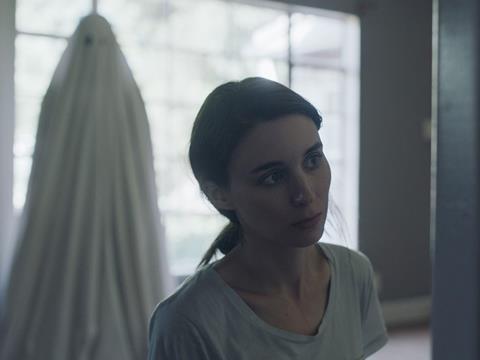 Moviegoers enjoyed a sweet treat this week with the release of David Lowery’s A Ghost Story - a cerebral take on grief and the nature of existence featuring, as the titular ghost, a bloke with a sheet on his head.

The unconventional film features the tradition of sending comforting food to the grief-stricken. The recipient in this case is M, played by Rooney Mara, who we see arrive home to the gift of a chocolate-cream pie left by a friend.

In a remarkable five-minute sequence, we see M eat the whole thing, tears rolling down her face. We (and the ghost of her dead boyfriend) can do nothing to interfere until (spoiler alert) she pukes it up. End scene!

The only thing weirder than the (one take, apparently) scene itself has been the subsequent revelation that the pie - a vegan, low-calorie concoction made especially for the film - was the first Mara, at the age of 31, had ever eaten.

“I just don’t really have a sweet tooth, and I was a really, really strange, picky child,” Mara told the Los Angeles Times by way of explanation. “Something about pie always grossed me out and I just never tried it before. And this came along and I tried making them switch it to something else, but David really wanted it to be pie, so we did pie.”