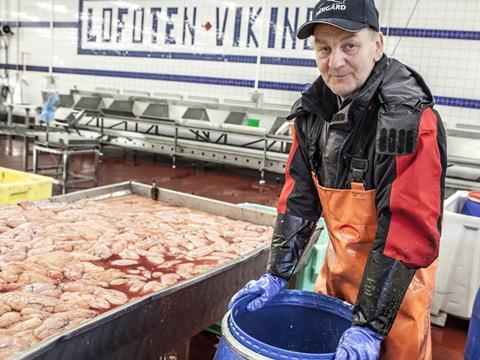 TV-watching foodies are pretty well served. But what if the likes of Bake Off and Jamie & Jimmy Up The Pier are a bit populist for your taste?

Our Norwegian cousins have a solution. Eschewing the ‘noir’ detective fiction made in Sweden, Norwegians have (we’re reliably informed) embraced the ‘slow TV trend’.

It’s more serene than those serial killer shows, instead focusing on the homely world of food production. Though a new show - made by Mills Kaviar - does admittedly feature a conveyor belt of death, on which fish are sliced open by creepy masked men intent on harvesting their eggs.

But you’ve missed that bit: it launched last week. Fortunately, there’s still 11 months to go on Mills’ 7,392-hour broadcast. And the vast majority of it will be spent watching skrei eggs mature into caviar: thrilling. At least smell-o-vision hasn’t been invented yet.