Pat opens a pop-up shop at the Tory party conference 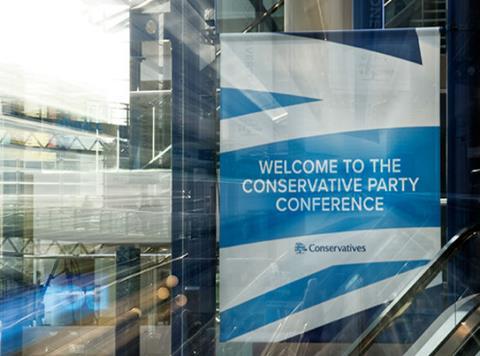 I don’t see many freshers in my little store (hence my discounting of deodorant for members of the Lords) but at this time of year I often think back to my days at the Harlesden Secure Reform School (now Middlesex University) and my commerce CSE lessons with Mr Keynes.

Milton was not much of a teacher but he did have some valuable insights into the redistribution of wealth, what with him having been a close business associate of the Kray twins some years previously. In any case, his mantra was ‘follow the money’, and for years I sat by the till after closing time trying to work out exactly where those pesky notes snuck off to in the middle of the night. It was kind of Mr Lawson to explain to me back in 1991 that Keynes was speaking figuratively, and even kinder of Mr Major to explain what ‘figuratively’ meant.

So this week you find me at the Tory bash in Manchester, where business in my little pop-up shop is booming. It was nice of the Arndale Centre management to offer me a week’s tenancy for £20 - or at least I thought it was until I noticed that my co-tenants were largely spice merchants, and not in a good way.

Even so, alongside party conference staples (Rexel £4.99), I’ve seen vigorous trade in seasonal items such as Kevlar stab vests, rotten fruit and, mysteriously, a book called The Prince by a chap named Machiavelli. And there was me thinking that was a discounter pasta brand.

It was all going so well until Mr Johnson unexpectedly marched in and demanded he be allowed to take over. I pointed out he had no relevant experience (or brains for that matter), but he said not to worry, he was just practicing.