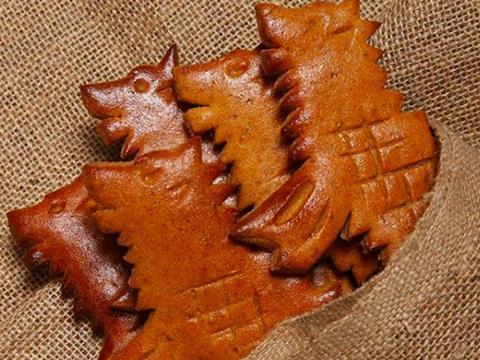 A new series of Game of Thrones always brings with it a new food & drink story. In these pages alone we’ve had edible thrones, wine, a ‘dragon egg’, a themed bar and even an egg-laying competition.

Now Ben Hawkey, who plays a character called Hot Pie (seriously), has opened his own bakery, offering up the ‘direwolf bread’ his character gifts Arya Stark in the series.

The hound-shaped bakes cost £1 apiece and are made from wholewheat cornbread and a touch of orange zest. If you want one (or, go crazy, some), then the only way to get them is through Deliveroo in London. Or, rather, was. As we went to press, sky-high demand had resulted in the store no longer taking orders.

We suspect the bakery’s peerless name is a big part of its success. The tortured GoT pun alone - ‘You Know Nothing Jon Dough’ - makes it hard to resist.