Warning over sea bass sustainability as cod and haddock recover 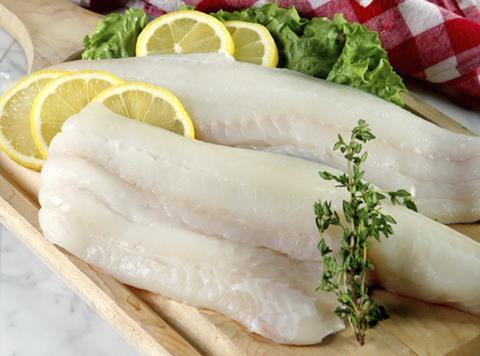 The International Council for the Exploration of the Sea (ICES) has published its catch quota advice for 2016, confirming that stocks of North Sea cod and haddock are showing “clear signs of recovery”. It recommended an increase in quotas of 15% and 30% respectively.

The ICES advice will be used to inform fisheries negotiations later this year, when ministers will set Total Allowable Catch (TAC) limits. If adopted, higher quotas would boost cod and haddock supplies, helping to keep price inflation in the fish aisles at bay.

It’s a different story for sea bass, however. Seafish sustainability and data advisor Bill Lart warned while mortality and spawning trends for North Sea cod and haddock were moving “in the right direction”, spawning stocks of northern sea bass were showing serious decline and entered the ‘at risk’ category this year. “The advised catch is now down from 929 tonnes in 2015 to 482 tonnes for 2016,” he said.

Last week, the EU ramped up efforts to conserve stocks by increasing the minimum catch size for northern sea bass. It follows a ban on pelagic trawling introduced in the spring, and the EC said further management plans would be introduced in 2016. “Stocks in the EU are seriously under threat,” said a spokesman. “Scientists agree catches of this species must be drastically reduced.”