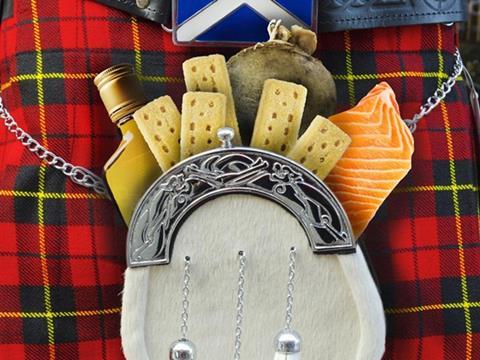 Scottish food and drink continued to punch above its weight in 2015. Sales at the industry’s 20 biggest food firms reached £4.1bn and profits leapt up 18% to £520m, with the industry crowned Scotland’s top performing private sector by Grant Thornton in February. One fifth of the country’s top 100 private firms are now in food & drink, with distillers William Grant & Sons and the Edrington Group top of the pile followed closely by frozen food retailer Farmfoods.

A fitting achievement for its official Year of Food and Drink, total food and drink revenues across Scotland hit £14bn for the first time while it exported more than double any other sector, according to Grant Thornton’s report. All that in the face of falling UK food prices and global instabilities both politically and economically. So what secret is Scotland food and drink hiding under its kilt? To what does it owe its success? And would Brexit throw a spanner in the works?