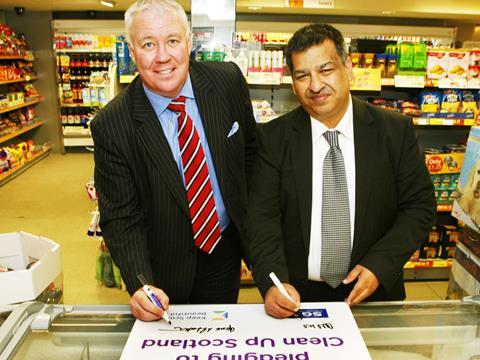 The SGF announced the partnership at its annual conference last week. Since the charge was introduced in October last year, Scottish retailers have raised £7m for good causes and reduced single-use bags by 650 million.

“The charge has allowed charities such as Keep Scotland Beautiful to help transform communities by supporting locally led clean-ups and further action on environmental improvements,” said Keep Scotland Beautiful chief executive Derek Robertson. “We look forward to deepening our partnership with the Scottish Grocers’ Federation to continue to reach out to local communities to help make Scotland cleaner, greener and sustainable.”

“Many SGF members were leading the way on charitable donations from the sale of bags long before the Scottish government introduced a 5p charge for all single-use carrier bags from October 2014,” said SGF head of policy and public affairs John Lee.