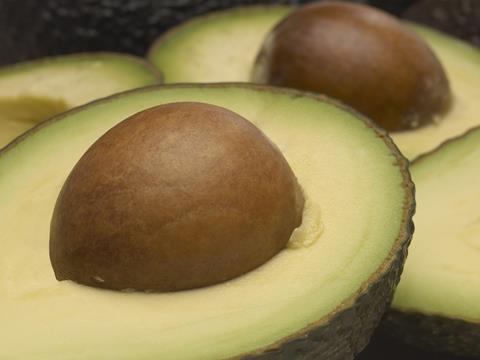 Avocados were among the fastest selling products in 2016

Health-conscious shoppers helped put a raft of ‘virtuous eating’ products among the UK’s fastest growing by percentage in 2016, according to IRI data.

The number one spot was taken by almond milk, which added 31.7% in value sales year on year - the equivalent of £15m - putting it 1.6 percentage points above second-placed e-cigarettes (30.1%), IRI’s latest analysis shows.

Not all the fastest sellers were salubrious, however. Sparkling wine and rum (gold and dark variants) completed the top ten at 14.8% and 12.7% respectively.

And none of IRI’s 20-product rundown added as much value in real terms as soft fruit, which made an extra £94m - more than six times almond milk’s earnings.

Nevertheless, the speed of growth for healthier products showed the impact of “lifestyle gurus, food bloggers and Instagrammers who are highly influential among consumers, particularly younger shoppers,” said Martin Wood, IRI head of strategic insight - retail. “It encourages people to eat non-processed foods like fruit and vegetables, wholegrains and protein, and drink lots of water.”

An uptick of virtuous goods was always apparent in January, following Christmas excesses, Wood added, but in 2016 there was “clearly more sustained growth over most of the year.”