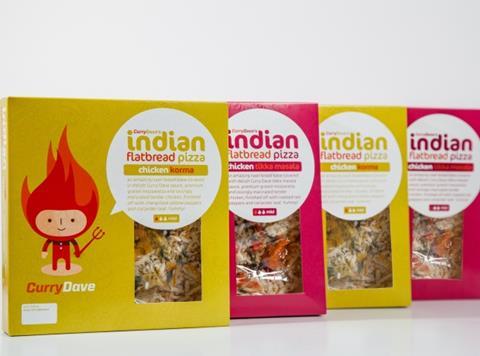 The Glasgow-based company, which launched its Indian flatbreads with curry and mozzarella toppings in September, will roll out two SKUs - chicken tikka and chicken korma (rsp: £3) - into the Scottish symbol group from 21 February. It previously had a three-month exclusivity deal with Scotmid Co-operative, but is now in talks with multiple retailers.