Discounters see strong growth as shoppers trade down for Christmas 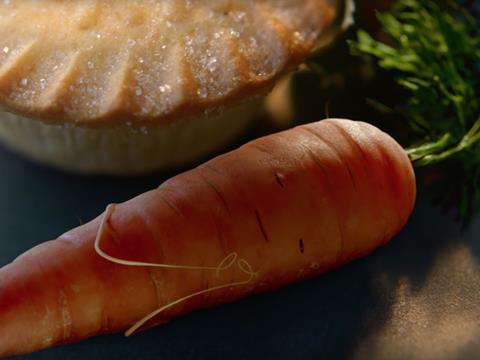 Sales growth at Aldi in the four weeks to 4 December was 17% compared with 15.9% in the previous period

UK shoppers have been tipped to have a “trading down Christmas” after discounter growth was resurgent in the most recent grocery market share figures.

As the price of Christmas dinner escalates amid surging food inflation, broker Liberum suggested UK shoppers would be “very value sensitive”, as discounter gains picked up according to Kantar Worldpanel.

Four-week growth at both Aldi and Lidl had dropped to just 12.1% two months ago. HSBC called the growth “impressive”, but warned the pair were up against easier comparisons.

Overall grocery market growth of 3.1% was supported by grocery inflation of 3.6% [Kantar] - suggesting a significant slowdown in volume sales across most of the big four, with Tesco the outstanding performer.

The difference between Tesco and its big four rivals was more marked in the most recent data. Tesco’s sales rose 2.9% in the four weeks to 3 December, compared with just 0.9% for Sainsbury’s and Asda and 0.5% for Morrisons.