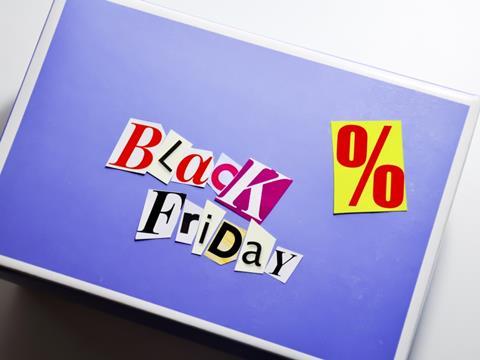 Black Friday is expected to smash online sales records this year as struggling retailers slash prices in a desperate attempt to drum up trade after a lost November on the high street (The Guardian). Black Friday becomes ‘Black November’ for battered retailers, writes The Telegraph. With shops still under lockdown, online sales are expected to thrive at the high street’s expense this year (The Telegraph).

Some big High Street names have decided to shun the Black Friday shopping bonanza even though online spending in the UK is set to soar. Next, M&S, Wilko and B&M will not be taking part in the sales event on Friday, which is seen as a key trading day in the run-up to Christmas. (The BBC)

The hospitality industry has claimed the government’s new Covid-19 tier system will wipe out billions of pounds of trading and lead to huge job losses, despite many venues being allowed to reopen (The Times £).

Boris Johnson must commit to weekly reviews of the coronavirus tiers dictating the ability of pubs, restaurants and nightclubs to trade during the remaining months of the coronavirus pandemic, scores of hospitality chefs have warned (Sky News). The hospitality sector will be “decimated” by the new Covid tiers, according to bar chain owner Martin Greenhow, who says it “isn’t viable to operate” under the conditions (The BBC).

More than a thousand pub sector job cuts were announced yesterday as Mitchells & Butlers became the latest operator to respond to the coronavirus crisis (The Times £). The pub companies Mitchells & Butlers and Fuller, Smith & Turner have reported heavy losses and said they had axed about 1,700 jobs, highlighting the impact of continued coronavirus restrictions on Britain’s hospitality sector (The Guardian). Two of Britain’s biggest pub groups announced 1,700 job cuts as tens of thousands of businesses were told they will not reopen on December 2 (The Daily Mail).

Alex Brummer in The Daily Mail writes: “One doesn’t have to be a big drinker to recognise that pubs and bars sit at the heart of towns and communities up and down the land. And with almost the whole of England to be put in higher tiers as lockdown ends, the chances of recapturing any kind of momentum in the run-up to the festive season – when so much income is earned – is limited.” (The Daily Mail)

The soft drinks maker behind Robinsons and Fruit Shoot has reported a drop in headline profit of more than a fifth, with an increase in home consumption failing to bridge the shortfall caused by the closure of bars and restaurants (The Times £). Soft drinks maker Britvic has revealed its profits grew in the last financial year as it benefited from consumers spending more time indoors and drinking healthier beverages (The Daily Mail).

In a quarter in which its revenues are expected to surpass $100bn for the first time, Amazon says it will spend $500m on a one-time Christmas bonus for its front-line employees (The Financial Times £). Amazon is spending hundreds of millions of dollars on bonuses for Christmas staff after sales at the online giant soared during the pandemic (The BBC). Amazon staff in the UK are set to see a Christmas boost in their pay packet, after the firm announced $500m (£374m) in global bonuses (Sky News).

Retailer and hospitality businesses have been warned they should brace themselves for a business rates holiday to end after income from the tax was predicted to grow by £12.8bn next year. (The Times £)

Marks and Spencer has reversed its decision to open hundreds of stores on Boxing Day. (The Telegraph)

Companies are in a last-minute dash to stockpile goods from the European Union, according to logistics industry leaders, driving the price of customs services “through the roof”. (The Times £)

Online payment fraud more than doubled in the six weeks from the beginning of October, as criminals geared up to take advantage of the surge in bargain-hunting during the Black Friday period and in the run-up to Christmas, research found. (The Financial Times £)

3G Capital, which invests alongside Warren Buffett, is seeking to hold on to its investors’ money for longer as coronavirus uncertainty and sky-high valuations delay its next megadeal, say people briefed about the matter. (The Financial Times £)

Half-year operating profits have fallen more than a fifth at Rémy Cointreau. But investors have kept up the party spirit despite the pandemic. Shares in the French drinks business are up 35% this year and the business is on course for a strong recovery in the second half. (The Financial Times £)

China will impose taxes on Australian wine of up to 212%, starting on Saturday. (The BBC)