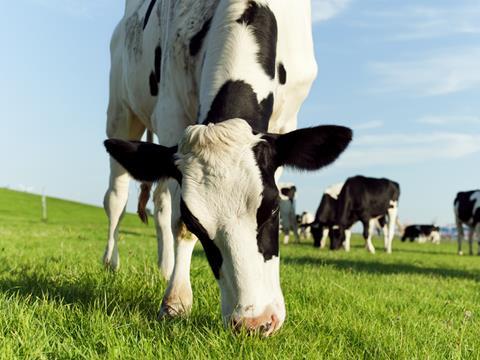 A case of BSE identified last week by the Welsh government originated on a farm in Carmarthenshire, Defra has confirmed.

Data released on Monday (5 October) revealed the case of BSE, also referred to as ‘mad cow disease’, was confirmed on 28 September on a five-year-old dairy cow that had died at an unnamed farm in the county - the first instance of the disease in Wales since 2013.

Officials from the Welsh government are now working with Defra and the Animal and Plant Health Agency to investigate the circumstances of the animal’s death.

Rebecca Evans, the deputy minister for farming and food, stressed last week the cow had not entered the human food chain, while the FSA and Public Health Wales confirmed there was no risk to human health as a result of “this isolated case”.

“While the disease is not directly transmitted from animal to animal, its cohorts, including offspring, have been traced and isolated, and will be destroyed in line with EU requirements,” Evans said. “Identification of this case demonstrates the controls we have in place are working.”