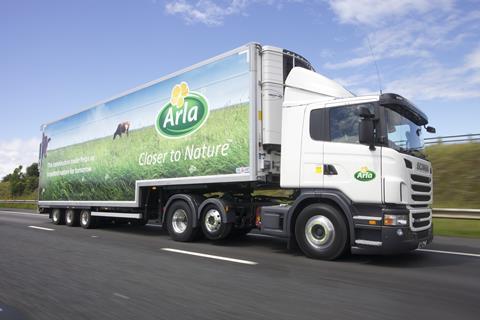 Arla is seeking a further 300 million litres of milk

Arla has secured an additional 230 million litres of milk after recruiting new dairy farmers as owner members of the co-operative.

It comes after Arla invited farmers who were not existing suppliers to sign up to the co-operative over a two-week period last autumn. It said about 2,800 UK farmers were now owner members.

It is now seeking a further 300 million litres of milk from farmers who do not currently supply Arla. All new suppliers will become owners of Arla Foods amba, parent company of Arla UK.

Separately, Arla has purchased the freehold of the Westbury Dairies site in Wiltshire. The JV it operates together with First Milk is unaffected.