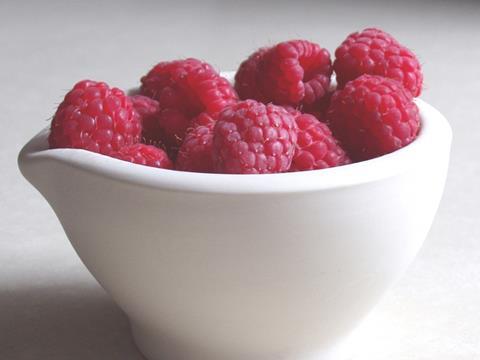 Growers are predicting a bumper British raspberry season for 2014, with sales forecast to grow by 15% on the 8,225 tonnes sold last year.

Industry body British Summer Fruits said the mild winter had led to an early crop, with an almost 200% spike in sales compared with this time a year ago, up from 499 to 1,465 tonnes. Early tastings also suggested the fruit would be sweeter and juicier than in previous years.

Chairman Laurence Olins said UK raspberry production had soared over the past decade, from 3,706 tonnes 10 years ago to 13,880 in 2013. “This year we are confident…British raspberries will be even more popular with consumers.”