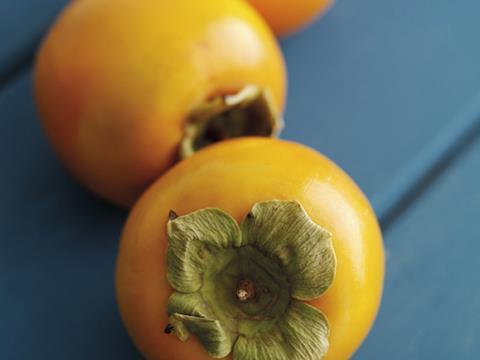 Sales of PDO Spanish persimons in the UK are soaring, with year-on-year volumes for 2016/17 up almost 20%, according to promotional body Foods From Spain (FFS).

With the new season due to start this month, the PDO-accredited variant of the fruit saw sales rise to 24.5 million last year, said FFS, which is promoting the season with a raft of PoS and website content, higher than mangoes and kiwifruits when in season, it added.

UK supermarket volumes were estimated to climb by at least an extra 10% this season. “Supporting the market is very important,” said Rafael Perucho, who heads the Kaki de la Ribera del Xúquer regulatory council, which governs the fruit’s PDO status.

“Persimon is relatively unknown to most consumers, so the campaign helps them to understand the fruit and start adding it to their shopping baskets. We want people to understand that it is certified in the same way as a PDO Manchego cheese, Serrano ham or Riojo wine, and as such is the very best persimmon on the market.

“Consumption is rising every year and consumer awareness is growing too; there can be no doubt that the promotional activities are facilitating this trend.”