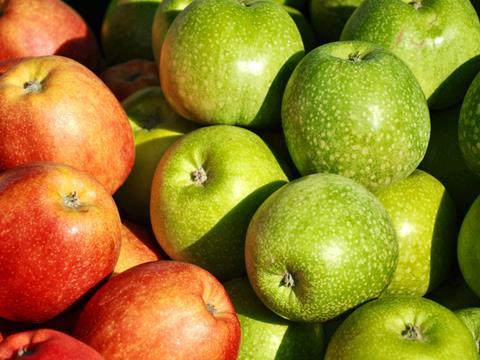 Tesco has teamed up with Cranfield University for a new three-year research project designed to extend the ‘flavour-life’ of apples by up to six weeks.

The research will use sensors developed at Cranfield to improve controlled atmospheres in apple storage facilities, with the aim of prioritising flavour alongside the standard suppressing of the ripening process.

“The British apple industry is continuously being asked by UK retailers to extend availability and this can only be achieved by implementing ever more sophisticated storage technologies,” said Professor Leon Terry, director of environment and agrifood at Cranfield University.

Apples are typically stored in controlled atmospheres for up to six months in order to achieve a year-long supply, with the best UK-produced fruit available between September and March.

But the industry now needed to improve how apples were stored, “so that the focus is moved towards ‘flavour-life’ rather than just being driven by firmness and sugar content”, added Terry. “If we control that we can make incremental increases in storage time to help reduce a reliance on imports and extend the window in which high-quality British fruit can be offered.”