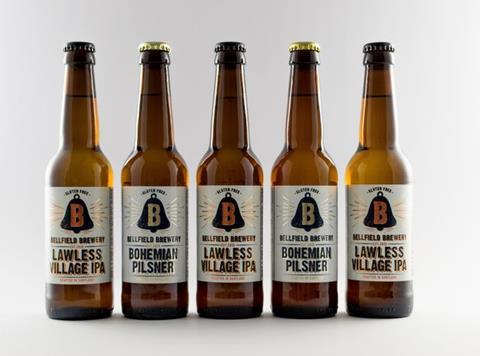 A gluten-free micro-brewer has launched a funding drive to raise £500,000 as it seeks to forge ahead with expansion plans.

Scotland’s Bellfield Brewery, which opened in March 2016, hopes to raise additional capital through a mix of equity, grants and loans that will enable it to invest in new recipes and packaging formats such as cans to market.

The Edinburgh-based business, which produces Bohemian Pilsner and Lawless Village IPA, also said it planned to create a number of new jobs to strengthen the sales and management teams and will initially recruit a number of “experienced account managers” to service and develop its UK and international distribution network.

“In the first year of trading we have established that there is considerable demand for our products, and have delivered on our ambition to produce beer that stands up to anything in the market,” said the company’s head of business development Kieran Middleton.

“Having also secured distribution agreements with the leading food & drink distributors and wholesalers in the UK, we now need to capitalise on this opportunity by growing the sales and operational team and extending our range of beers.”