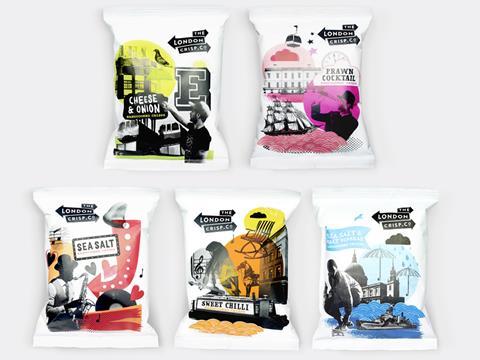 New snack brand The London Crisp Co is targeting “aggressive and rapid” expansion after raising more than £100k from a crowdfunding campaign.

Founded by Tom Lock, it has already ousted Tyrrells from 113 Fuller’s pubs with its first listing. Lock said was in last-stage talks with Waitrose and Tesco and had national and international ambitions, with a trial secured with Carrefour.

Sales at London Crisp are forecast to reach between £1.5m and £2m in its first 12 months of trading, mostly from its deal with Fuller’s.