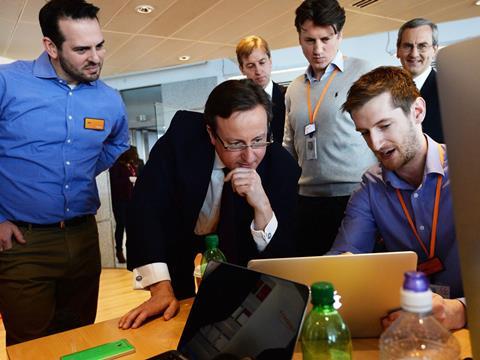 The electronic cigarette industry has welcomed prime minister David Cameron’s comments that e-cigarettes are a “legitimate path” for improving the health of the nation.

Speaking during Prime Minister’s Question Time last week, Cameron admitted he had been through the battle to give up smoking “eventually relatively successfully”. He said the government should be guided by the experts and look at the report from Public Health England. The health body recently concluded that e-cigarettes were about 95% less harmful than tobacco cigarettes.

“Lots of people find different ways of doing it and clearly for some people e-cigarettes are successful,” he said.

“It is promising to see that over a million people are estimated to have used e-cigarettes to help them quit or have replaced smoking with e-cigarettes completely. I think we should be making it clear that this is a very legitimate path for many people to improve their health and therefore the health of the nation.”

The Electronic Cigarette Industry Trade Association chief scientific officer Tom Pruen said “It is extremely heartening to see recognition of the huge benefits that electronic cigarettes have provided to the UK’s current and former smokers.

“It is however a shame that many of these benefits are threatened by European legislation that comes into force from next year.”