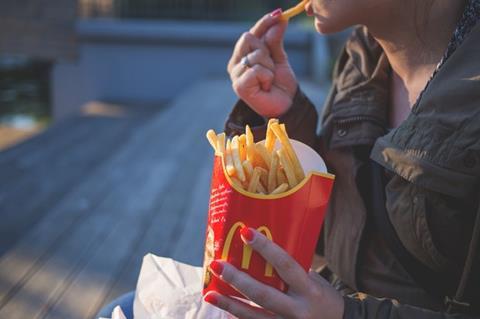 Campaigners have called on the government to restrict the spread of fast food resturants amid a tide of openings expected by fast food giants.

Sustain said companies including McDonald’s and KFC were allocating millions of pounds to expansion plans, which it said was in “stark contrast” to the “stalling” of the government Childhood Obesity Plan.

It pointed to figures from the two companies that revealed they had plans for 800 new sites in the next 10 years, the same time period in which the government aims to slash childhood obesity in half.

Sustain called for the next government to bring in tough national planning policies to restrict new hot food takeaways near schools.

It said whilst the government recommends using planning policies to control access to unhealthy food, objections by some local councils were being withdrawn under pressure from takeaway chains and cash strapped local authorities who lack the financial resources to stand up to fast food firms.

“Planning policies to restrict new hot food takeaways near schools are one of the few concrete ways local authorities have to stop their areas becoming even more saturated with unhealthy food,” said Ben Reynolds, deputy chief executive of Sustain.

“Yet even these tools are coming under attack, with local authorities lacking capacity to provide adequate evidence to stand up to the resources of multinational chains. Unlike government’s aims to halve child obesity, it’s almost as if these businesses want to double child obesity by 2030.”

“We recommend that the next government gives local authorities more powers to decide what happens in their localities. Current planning policies only focus on new takeaways near schools. If we are serious about tackling child obesity, we should also be looking at existing takeaways and other outlets selling unhealthy food to kids around school hours.”