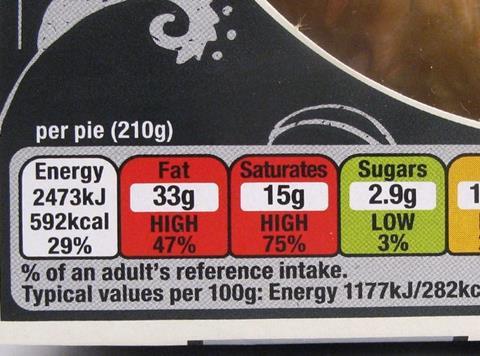 The Department of Health’s front of pack traffic lights are too complicated and should be replaced with a simpler scoring system, according to a new report from a leading consultancy.

Fighting Fat, by Dr Nick Harrison, co-leader of the European retail practice at consultants Oliver Wyman, proposes a ratings ­system still based on fat, salt and sugar content but ­without as much ­”clutter” on pack.

“The current traffic light system for food products is complicated and can be confusing to customers,” said Harrison, who added products should instead be scored ranging from -2 (unhealthy) to +2 (healthy).

“To simplify the choices for customers, we propose switching to a points system calculated at the product level, then combined at the basket level,” he said.

“These scores will help customers make healthier choices by clearly identifying which products are better for them.”

The report calls on supermarkets to lead the fight against obesity with other measures including turning excess space in store into gyms, as well as ramping up the use of in-store health testing.