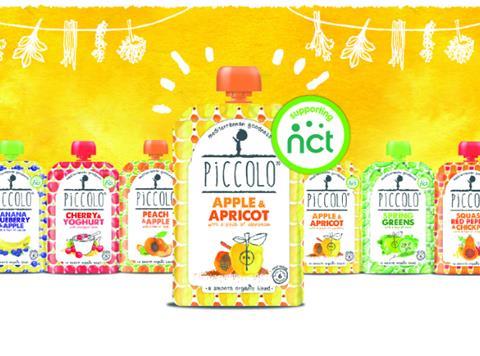 The former CEO of Slow Food UK, Catherine Gazzoli, has launched Piccolo, an organic babyfood brand with an emphasis on Mediterranean flavours.

With its pouch pureés for stage one infants already listed by Waitrose, Whole Foods Market, Planet Organic and Ocado, Piccolo will next month roll out to Booths and also have SKUs available through Hubbub.

Ten per cent of all profits are donated to the National Childbirth Trust, a parenting charity with which Piccolo has a commercial partnership.

The brand is a “passion project” for Gazzoli, who began to develop the idea two years ago as a new mother, she said. “I felt the UK babyfood market was very commercialised, and I was surprised by how dominant the large corporate players were.”

She added that consumer response to products had been positive. “It has been tough getting to this point, but I’m thrilled by the reaction so far.

“Piccolo is gunning as an independent to take on a category that has not seen a new brand speaking to modern parents.”