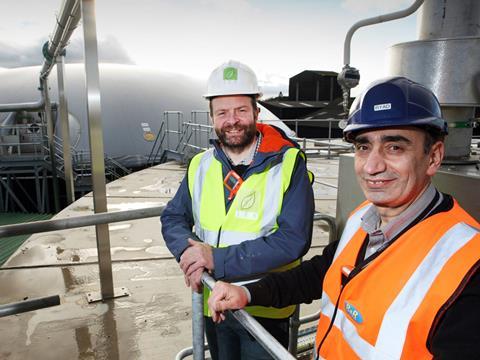 R&R Ice Cream has completed a £25m investment in its Leeming Bar factory in North Yorkshire - an upgrade the supplier said would boost the site’s production capacity by more than a fifth.

The factory has 22 production lines and more than 500 staff at peak production times, and produces about 250 million litres of ice cream annually - including R&R’s brands Cadbury, Fab, Oreo, Rowntrees and Yoomoo, and own label products for all the UK’s major mults.

The capacity of the site’s effluent treatment plant increased by 150% to 1.5 million litres a day. From early next year, the plant will produce about 30,000 tonnes of waste, which will be used in a nearby anaerobic digester, producing biomethane. This will be used to supply the local gas network, including R&R’s own CHP.

The work also included the re-engineering of manufacturing equipment to allow new products such as Cadbury Dairy Milk Marvellous Ice Creams to be made.

“This latest investment means the factory is now one of the five largest ice cream and lolly production facilities in the world,” said Ryad Apasa, head of UK operations for R&R.

“Despite achieving a significant increase in production, changes we have made to the energy supply and treatment of effluent mean the site’s carbon footprint has actually reduced slightly. We continue to focus on sustainability and are currently investigating installing photovoltaic cells on the factory roof.”