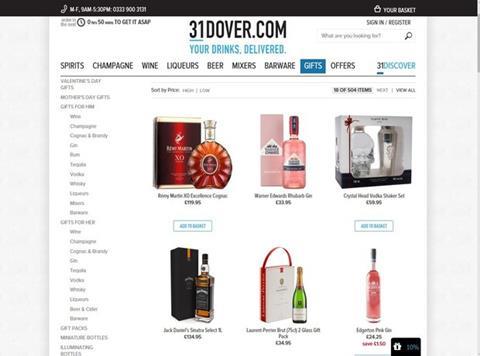 Online drinks merchant 31Dover has been reprimanded by the Advertising Standards Authority for “socially irresponsible” advertising that “linked alcohol to seduction, sexual activity and sexual success”.

The ASA ruled that 31Dover had breached the CAP code with a video on its website called “The Karma Shotra” which displayed a variety of doodle drawings of characters engaged in sexual activity.

DMD Operations, which owns 31Dover.com, said it did not believe the ad linked alcohol with sexual activity or success or implied alcohol could “enhance attractiveness”.

The primary function of the video was not to sell or to create awareness of alcoholic products but to be viewed “as an entertainment piece”, it argued.

However, the ASA told 31Dover the ad must not appear again in its current form and to avoid linking alcohol to sexual activity in future marketing communications.

“The ad plainly features sexual innuendo, sexual references and sexual activity in association with the promotion of alcohol products and 31Dover.com,” said the watchdog.

“We did not consider that because there was no human and alcohol interaction and there were no specific alcohol products or brands featured that this impression would have been eclipsed.

“Because the ad linked alcohol with sexual activity, we concluded it was socially irresponsible and breached the code.”