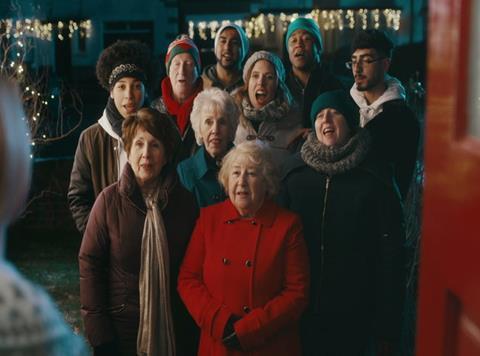 The Co-op has gone into partnership with Channel 4 to run a series of spin-offs from its Christmas ad campaign.

Launching today, each 20-second ad features the groups from the TV commercial carol-singing the theme tunes of The Crystal Maze, Gogglebox, Countdown and The Snowman, and will be placed in the breaks before the programmes.

The campaign will run throughout the Christmas period.

“This Christmas is about togetherness at Co-op and we were able to capture some amazingly warm and natural performances from the community groups in our advert. This comes across in these innovative films with Channel 4 and it’s really exciting to see the feelgood factor they create,” said Co-op marketing communications director Amanda Jennings.

Channel 4 agency principal Chris Braithwaite said: “Partnering with Co-op for the first time for a genuinely new innovation, using our iconic theme tunes, perfectly complements their stand out Christmas TV campaign and our viewers will just love it.”