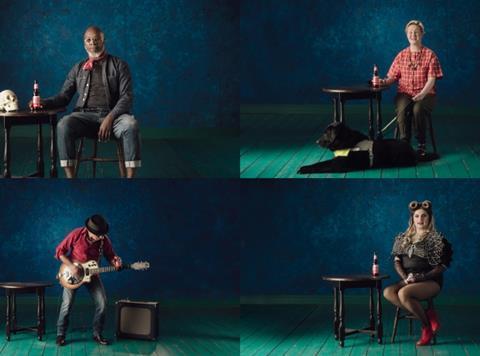 The push, called ‘Raise Hells’, features four 30-second clips of “real Londoners who in their own way embody the open, diverse and unconventional spirit of the borough of Camden”.

These include actors Carl Mullaney, Anna Cannings and Leon Herbert, as well as blues musician Papa George, who plays guitar with a bottle of Camden in place of a traditional steel slide.

The campaign - co-created by London creative agency The Garage Soho - was “an incredibly exciting and landmark moment for Camden Town Brewery” said the brewer’s founder, Jasper Cuppaidge. “Camden is not only our home and name-sake, it’s a place that constantly inspires us - from the culture to the history to the incredible people living and working within the borough.”

The push will be backed by a #raisehells social campaign. It comes after the AB In-Bev-owned brand opened a £30m brewery in Enfield, North London, in July, and has since launched two seasonal beers, Strawberry Hells Forever and Camden Town Oktoberfest, into Ocado and Waitrose respectively.