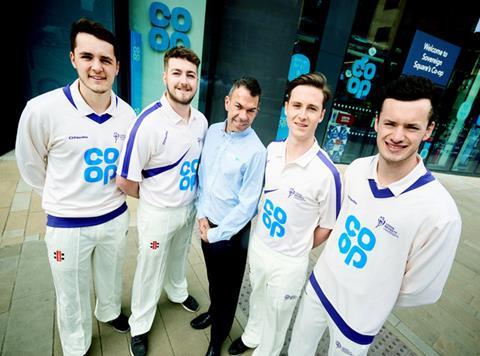 Co-op has agreed to become the official sponsor for Leeds Beckett University’s cricket team for the 2017 season.

The deal forms part of the retailer’s drive to encourage more students to sign up to its discount membership scheme, which was launched in September last year.

The scheme offers a 5% reward for members when they buy own-brand products, along with a 1% donation to local causes.

“We’re thrilled to be sponsoring Leeds Beckett’s cricket team for 2017 and hope that it signals the start of a winning season for the whole club,” said Co-op divisional marketing manager Alasdair Fowle.

“There’s a double whammy of discount available for Leeds students who, in addition to their 10% NUS discount, can get a further 5% reward on own-brand products when they become a Co-op member. There are 26 Co-ops in and around the city, all ready and waiting to serve Leeds’ army of students.”

“We couldn’t be more excited to have a retailer of the Co-op’s stature on board,” said Leeds Beckett University Cricket Club chairman Tom Corden.

“It’s well known amongst the student population for doing business in an ethical and responsible way and we’re looking forward to spreading the message about its new membership scheme, which makes healthy eating all the more affordable.”