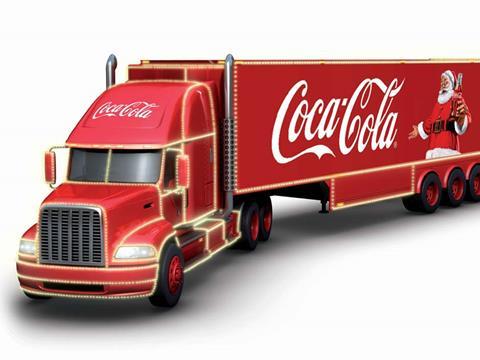 Coca-Cola Enterprises is getting its Christmas activity rolling with the return of its Holidays are Coming marketing push.

The classic TV ad will be screened from the end of November in the UK, for the 20th year running. The brand is also kicking off an on-pack promotion giving consumers the chance to win a two-hour visit from the Coca-Cola Christmas truck to their hometown, plus a £5,000 hamper.

Rolling out now on formats including 500ml and 1.75-litre bottles, the promotional packs feature a unique code that can be entered online for a chance to win. The activity is being supported with PoS inspired by the Coke truck and, in addition to the competition, the truck will stop at more than 40 locations across Great Britain over a six-week period.

“When people think of Christmas, they often think of Coca-Cola,” said CCE operational marketing director Caroline Cater. “It’s once in a lifetime prizes like a visit from the Coca-Cola truck that build excitement around the holidays, and positions us as a brand synonymous with the festive season.”