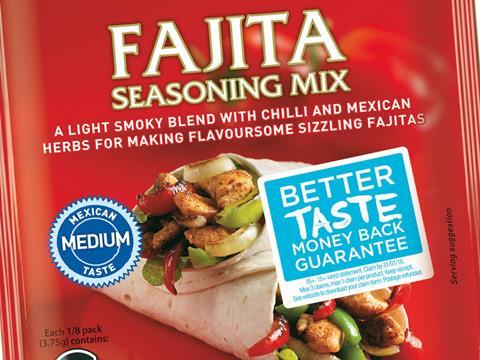 Mexican food brand Santa Maria - at the centre of a raft of spice-related product recalls last month - is launching a promotional push including an on-pack money back guarantee.

From next month, Santa Maria products will feature promotions such as two-for-£2, and a flash stating Better Taste Money Back Guarantee.

The company said the move was not a response to the February recalls, in which Santa Maria branded lines and own-label meal kits were pulled from shelves after a batch of paprika was found to be contaminated with almond. It added the promotion had been planned since April 2014, when Discovery Foods was rebranded as Santa Maria.