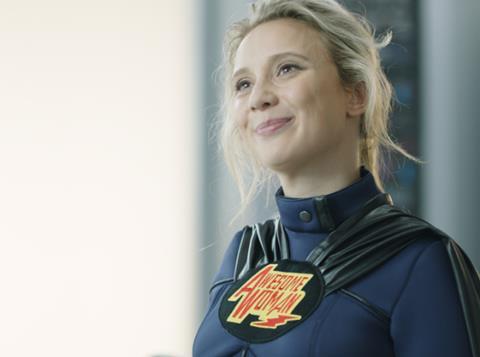 Tetley has announced a £5m campaign to support Super, its line-up of functional teas.

The push will begin next month with outdoor activity followed by a four-week burst of TV advertising starring the character Awesome Woman, who explores the health benefits of the teas while undertaking superhero-style adventures

The commercials will be underpinned by cinema, VoD, print, PR and social media. At the same time, a targeted sampling drive will circulate 700,000 samples with a 50p money-off coupon. Further activity is scheduled for the new year.

“We have had a good level of success with Super so far, so our mission now is to extend the appeal of the products and encourage shoppers to explore what the range offers,” says Alex Snowden, senior brand manager for innovation at Tetley.

News of the campaign for the green and fruit infusions comes a day after Tetley owner Tata Global Beverages GB posted a headline loss of £863,000 in the year to 31 March 2016, having made a post-tax profit of £13.2m last year as shoppers continued to turn away from traditional black tea. Brits are drinking 64 million fewer cuppas a year, with overall tea sales down by 4.7% in value [Kantar Worldpanel 52 w/e 22 May 2016].