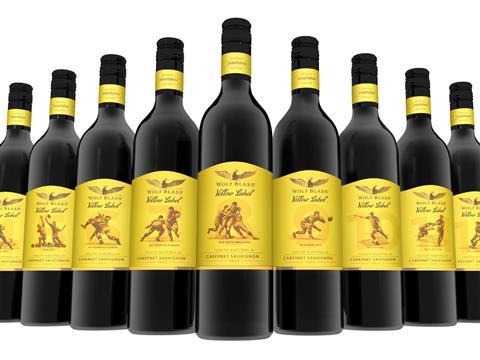 Wolf Blass is building on its rugby link with an on-pack promotion fronted by former England player Will Greenwood.

The #WinningLineUp push kicks off 10 August with a limited-edition range of Wolf Blass Yellow Label featuring 15 different labels - each one depicting a Rugby Union team position. The activity marks the first time the Aussie wine has made a major change to packaging to support a promotion.

To have a chance of winning prizes such as free wine or VIP match tickets, drinkers will be encouraged to vote online for the best player to have ever played in a particular position, with Greenwood offering his opinion via his Twitter feed and the Wolf Blass website.