Government failing to act on labour crisis, despite warnings of pig cull 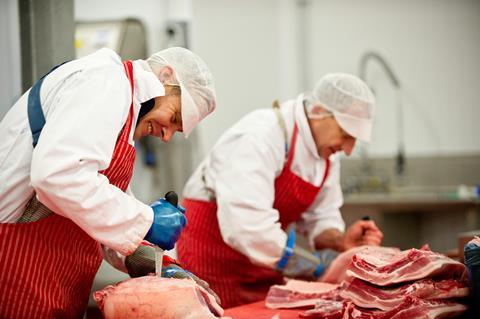 The government is refusing to engage with workable solutions to the labour crisis, despite stark warnings that thousands of healthy pigs may soon need to be culled due to a backlog of animals on farms.

Having estimated 70,000 pigs were backing up on farms last weekend, a “frustrated” National Pig Association CEO Zoe Davies told The Grocer: “Nothing helpful has so far come back from government.”

With the number of backlogged pigs growing at a rate of 15,000 per week due to supply chain staff shortages such as HGV drivers and butchers, Davies said government officials were still pinning their hopes that the end of the furlough scheme later this month would solve the sector’s labour crisis.

“But we can’t wait until the end of September,” she said. “People also won’t be in the right places and they won’t have the skills, we just need a short-term measure [to attract skilled meat plant workers back from the EU].”

Although Davies stressed widespread culling of healthy animals and the subsequent waste of food would be an “absolute travesty”, the NPA was already having “closed door conversations” with processors about what to do with the growing numbers of pigs unable to be processed.

Can an animal welfare argument jolt the government into tackling the labour crisis?

Solutions to reduce the backlog included sending them to be culled by already busy renderers, or by slaughtering the animals in abattoirs (without further processing) and storing them.

However, Davies stressed on-farm slaughtering would be “devastating” for the mental health of already struggling producers – many of whom had faced similar backlogs in the run-up to last Christmas due to Brexit border disruption – and was not being considered.

Simply keeping animals on farm to ride out the crisis was also impractical, due to the cost implications of feeding them, and the fact they would also grow out of spec, she added.

“It’s heartbreaking, particularly for the farmers who were already struggling since last autumn, and what it will mean is that farmers will leave the sector,” she said, while pointing out 2022’s estimated UK sow numbers were already 22,000 fewer than 2021’s total of 400,000.

“People didn’t vote for Brexit to see our pig production exported to the EU. But that’s what will happen if this situation isn’t solved. People are already leaving the industry.”

Davies’ comments come as the poultry sector continues to suffer from its own labour shortages. British Poultry Council CEO Richard Griffiths warned the sector was “very pessimistic” the situation would improve in the short-term, while concerns were also mounting over the ability of processors to attract seasonal labour in the run-up to Christmas.

The Grocer has previously reported that staff shortages will lead to less choice of Christmas turkeys this year, with a greater emphasis on frozen and whole birds.

The NPA and BPC were among 11 food sector organisations to propose a short-term Covid-19 recovery visa to government last week to tackle the 500,000-strong labour crisis.

The Home Office did not respond to The Grocer’s request for comment on those proposals. A Defra spokesman said it was “aware of the challenges faced by the pig industry” and had been working closely with producers and processors on the issue.

“We will continue to work closely with the sector and are keeping the market under close review, recognising the pressures industry is currently facing,” he added, while confirming culling or the moving of animals was an option being considered.