BrewDog and Cloudwater breweries team up for new IPA 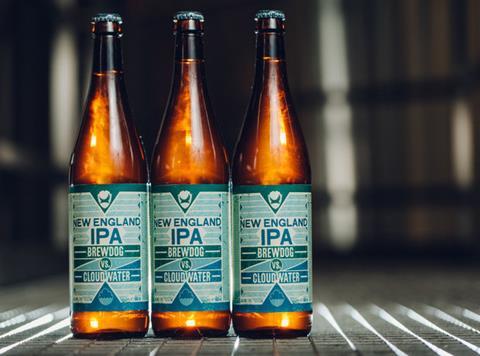 The 6.8% BrewDog vs Cloudwater New England brew, available from this week, is described as subtle, but full of ‘flavour and depth’.

In a nod to the “changing landscape of hops”, the newcomer was less intense than the “high IBU hop bombs” of the West Coast, said BrewDog co-founder James Watt.

“We’ve pushed aside the big-hitting hops and by dry hopping a selection of citra and mosaic hops, we have in partnership with Cloudwater created and awesome boundary-pushing beer.”