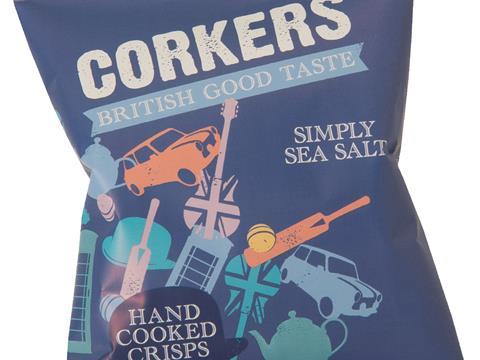 Waitrose-listed crisp brand Corkers is rolling out a fresh look and expanding its range with two new vegetable crisp SKUs.

Rolling out from 18 January, the new packs retain the British cultural icons of the current design - the bowler hat, cricket bat, Mini Cooper, telephone box and Union Jack guitar - but rearrange them into a multicoloured jumble. The slogan has been updated to ‘British good taste’.