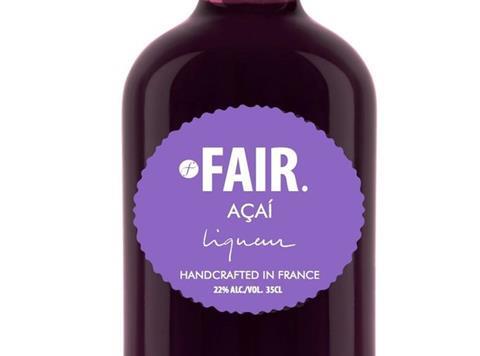 Ethically produced spirits brand Fair has expanded its portfolio with an acai-based liqueur.

Available now, the latest tipple to join the range is made with acai hand picked from Amazon rainforests and features fruit purée and marmalade aromas (rsp: £17.95).

In line with the existing Fair spirits, the sugar used in the 22% abv drink is organic and Fairtrade-certified and sourced from co-ops in countries such as Malawi and Paraguay.

Brand owner Ethical Wine & Spirits, which donates 2.5% of its turnover to the financing of local development programmes, said the launch formed part of the company’s aim of “taking the concept of drinking responsibly to the next level”.

Since launch in 2009 with a vodka, the portfolio - produced in France - has grown to include rum and gin alongside three liqueurs - Café, Goji and Kumquat.