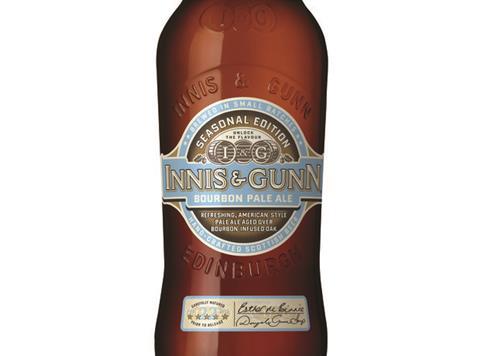 Innis & Gunn is aiming to tap consumer interest in American craft beers with the launch of a seasonal edition bourbon-infused pale ale.

The 6.0% abv beer (rsp: £1.99), which is made with American hops and aged over bourbon-infused American oak, launches in Tesco in mid-September.

“It’s been a labour of love to nail the true depth of bourbon flavour but by using American Heartwood oak in our ageing process we’re pretty confident this beer is a true American beauty,” said Innis & Gunn founder Dougal Sharp.