Moma's porridge gets into single-serve market 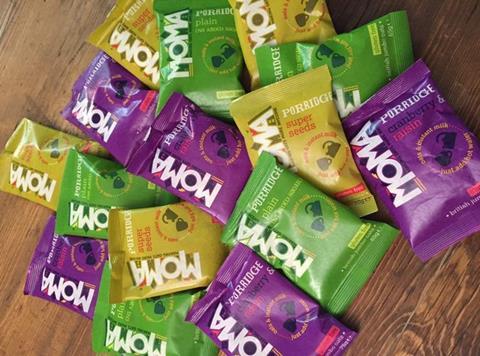 Rolling into up to 240 Sainsbury’s stores from 2 July, the 65g individual sachets – described as a first for mainstream supermarkets - will be available in plain (no added sugar) and golden syrup flavours. They will be exclusive to Sainsbury’s for four months.

Moma, which said its sachets were larger than the 30g to 50g format used by many of its rivals, also produces a variant containing a mix of three seeds.

The sachets contain oats and skimmed milk powder to be mixed with hot water in a mug, and offered great on-the-go potential than boxes of sachets, said the supplier. Initially going on sale in shelf-ready packaging, they can also be merchandised on clip strips.