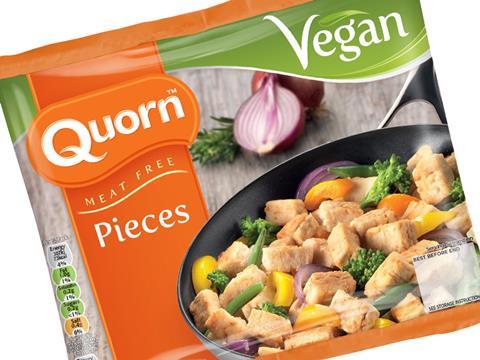 Meat-free producer Quorn Foods has made its first foray into the vegan category with two pieces of NPD.

The duo, which will joined on shelf by further frozen and chilled products during the coming year, had been in development for three years, said head of category management Julian Cooke, adding it hadn’t been an “easy journey”.

“Replicating the taste and texture Quorn products are known for without the use of egg - a fundamental binding ingredient in our standard products - was a challenge, but we have achieved this by using potato starch,” he said.

The vegan range would tap the growing popularity of vegan products driven by both vegan and non-vegan families at mealtimes, said Cooke.

The business is working with the Vegan Society to put the organisation’s trademark sunflower logo on the Quorn Vegan range by 2016.