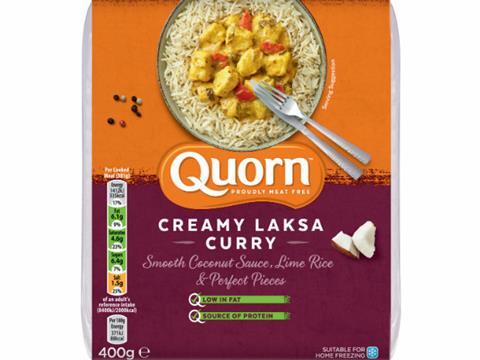 Quorn will launch nine new products this autumn, in addition to three reformulations of existing recipes as part of one of its “biggest-ever” NPD drives.

Backed by the £14m ad push it launched in January, the brand will roll out “new and improved” versions of its lasagne, tikka masala and cottage pie later this month, alongside new lines including Moroccan Pieces & Cous Cous, Creamy Laksa Curry and Kicking Cajun Fillets.

The brand will also introduce its first Mixed Grill, seasonal Cracking Cranberry Balls, a Quorn Texan Ranch Chilli and a Quorn Bratwurst. The range will go on sale in Asda and Ocado this month, followed by other retailers in October.