Sainsbury's to double click & collect sites over next 12 months 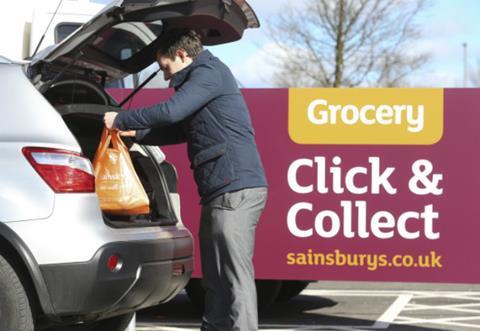 Sainsbury’s plans to double its number of click & collect sites over the next 12 months.

The supermarket will take its total number of car park sites to 200 after finding the initial 100 had been “very popular” with customers.

Sainsbury’s said the click & collect service, which enables customers to pick up their shopping from car parks in a ‘drive-thru’ style, offered existing customers a “convenient way” to shop and attracted new customers.

The supermarket first launched the initiative in March 2015 as part of its strategy to give customers “more options to shop whenever and wherever they want”.

Sainsbury’s said the service was most popular on Saturday mornings, although it would not release any figures on the take-up rate. Click & collect is free on orders over £40 and £4 for orders under that threshold.

Robbie Feather, Sainsbury’s director of online, said click & collect was a “popular hybrid between online shopping and visiting a store” - particularly among shoppers juggling work and young children. “Customers really like the fact that they can collect their shopping at a time that suits them and on average it takes them just three minutes from start to end,” he said.