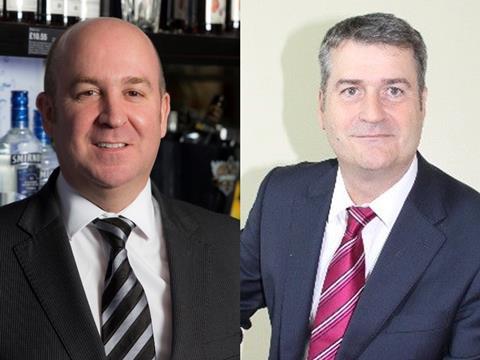 Diageo today (9 June) announced a major shake-up of its senior leadership in Europe and Africa. Charles Ireland, MD of the company’s East African Breweries, has been appointed to the new role of general manager GB, Ireland and France.

His position at the Kenya-based EAB will be filled by Andrew Cowan, currently GB country director. Both he and Ireland are set to begin a month of transition to their new roles on 1 July.

Ireland has spent the past 13 years leading some of the drinks giant’s biggest businesses in both Asia-Pacific and Africa. He will report to John Kennedy, president of Diageo Europe, Russia and Turkey, and work with Ireland country director Oliver Loomes, and Frank Floc’hlay, CEO of MHD France.

Cowan - who previously worked for GSK and Boots - has held his current position since 2011, having joined the Guinness owner in 2008 as commercial director for Northern Ireland. He was made commercial director in the Republic of Ireland a year later. He will report to John O’Keeffe, president of Diageo Africa.

John Kennedy congratulated Ireland and Cowan and thanked them “for the significant impact they have made on EAB and GB respectively”.

He added: “Charles has transformed EAB to be one of the best-performing markets in Diageo and the fastest-growing market for Guinness… Under Andrew’s leadership, Diageo GB has seen consistent top line growth, profit growth and spirits market share growth.”