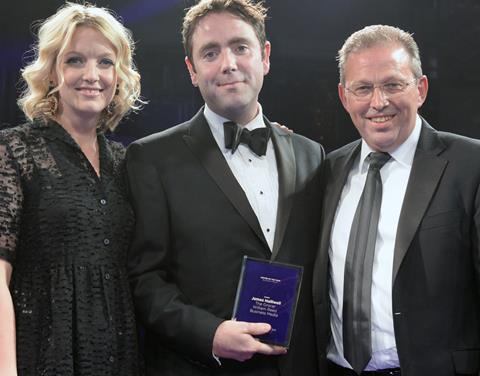 James Halliwell, The Grocer’s features editor, was voted ‘Writer of the Year’ for the second time in three years at the PPA Awards 2015 last week.

In “a particularly competitive category” judges at the prestigious magazine awards, held at the Grosvenor House Hotel in London, praised Halliwell for his “colourful and compelling writing”: “He is a truly great writer we would all welcome on our own teams.”

“This is a fantastic accolade, and thoroughly deserved,” said Adam Leyland, editor of The Grocer. “His brilliant writing allied to a fine mind lights up the The Grocer every week.”

Leyland added: “We were recognised in more categories than any other magazine, business or consumer. That’s a great achievement. In conjunction with other awards we’ve won in the past it proves once again that The Grocer’s outstanding journalism is recognised not only by its readers but by the magazine industry itself.”