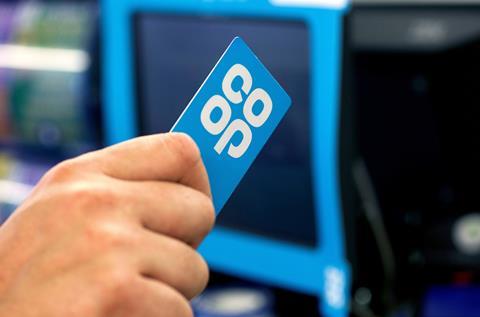 The Co-op expects consumers to have earned more than £15m through its new 5:1 membership proposition by the end of the calendar year.

The initiative, launched at the end of September to five million members, gives shoppers a 5% reward when they purchase own-brand products and services.

An additional 1% is donated to local good causes under the scheme, with more than 4,000 community groups UK-wide currently benefiting.

The Co-op said it was expecting shoppers to use their rewards to cut the cost of the festive season.

According to the Co-op, a member spending £40 per week on own-brand groceries would earn over £100 in a year and £20 would go directly to local causes.

“Millions of pounds will be divvied up between shoppers and good causes. Members will save money by using their rewards to contribute to the cost of Christmas. And shoppers aren’t the only ones who benefit, as local community groups also receive a Christmas cheer as the reward scheme ensures they get a share,” said Co-op retail chief executive Steve Murrells,

“Good food really can do good with around £3m raised by the end of the year to provide a funding boost for over 4,000 local causes.”