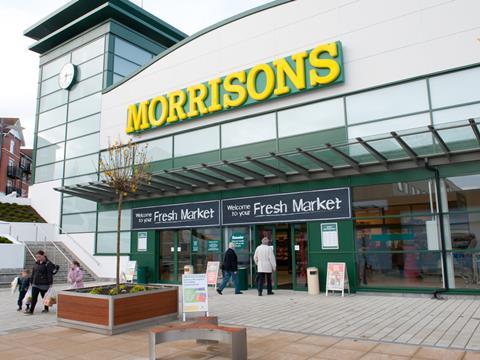 Asda’s recent Grocer 33 pricing dominance was ended this week, as Morrisons claimed its first victory since the end of January.

In fact Asda, which won by a big margin in each of the previous three weeks, was knocked into third spot by Sainsbury’s - and factor in its Brand Guarantee cashback and Tesco was cheapest of the lot.

So where to start? Morrisons’ £54.10 total was just 94p cheaper than Sainsbury’s and £1.36 cheaper than Asda, despite the latter offering the cheapest prices for many more items - and for the first time in four weeks had to dish out a hefty £7.35 voucher.

The difference was a few key products, including those three exclusively cheapest items: the Birds Eye Steamfresh veg (by 18p), Häagen-Dazs ice cream (by £2.50 over Asda and 50p over Sainsbury’s) and Melton Mowbray pork pies (by 97p). Significantly, it was also £2 cheaper than Asda on the Garnier Cleansing Water, with its £3 price point matched by Sainsbury’s.

Meanwhile Tesco was a long way behind its big four rivals on £57.48. However, our mystery shopper was given an instant discount of £3.45 at the till as part of Brand Guarantee. This brought Tesco’s total down to £54.03, which was actually 7p cheaper than Morrisons.