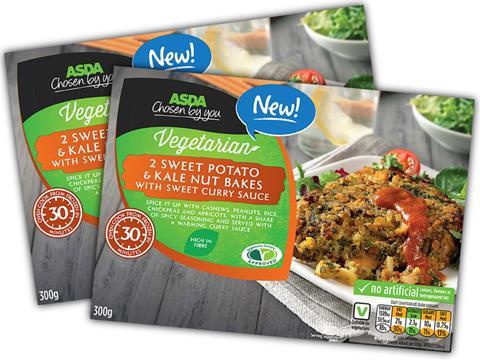 Why: Most British shoppers eat meat, but there is a huge opportunity for vegetarian alternatives with the rise of flexitarianism, as consumers cut back on meat for reasons of health and sustainability. Asda is selling this twist on a vegetarian staple as part of a frozen ready meal range that includes Mushroom & Spinach Polenta Bakes and Brie & Cranberry Pastry Crowns.

Consumer verdict: There was some hesitation at first from our consumers, who found not only the packaging underwhelming but the appearance and smell of the cooked product slightly unappetising. After trial, though, there were positive comments about the enjoyable texture and flavour combination - and it was perceived as good value for money. Though 31% called it “not for me”, the same proportion thought it would make a good standby or midweek option.