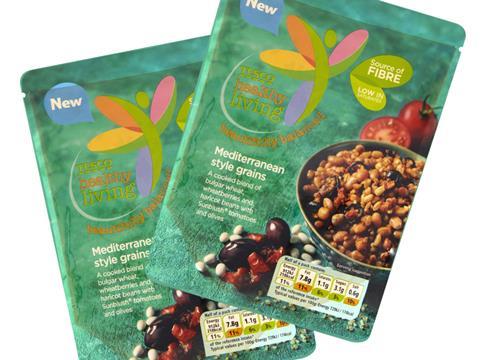 Why: Last year, pouch rice overtook plain packaged rice to become the bestselling format in the rice & noodles category [Kantar Worldpanel 52 w/e 26 April 2015], and much of the excitement has come from pouches that combine rice with other grains. This product, part of a range that also includes Middle Eastern Style and South American Style flavours, dispenses with the rice altogether, instead combining bulgur wheat, wheatberries and haricot beans with Sunblush tomatoes and black olives.

Consumer verdict: The boldly coloured and informative pack generated reasonable pre-trial interest, but after testing the product received mostly negative feedback, with panellists describing it as bland, dry and having an “odd smell” and “weird texture”. While a minority considered the product a good option for a healthy lunch, more than half said it was “not for me”, and it scored below average on most key measures.