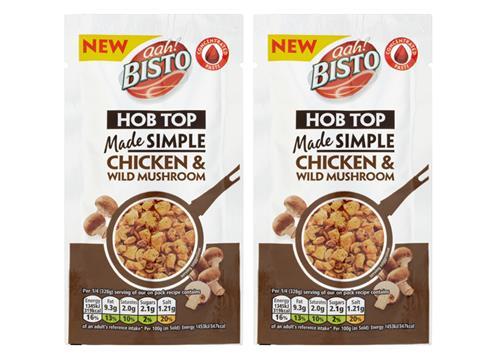 Where: Other cooking sauces

Why: The average evening meal takes just 29 minutes to prepare, says Premier Foods, which believes its consumers are prepared to invest in cooking but need products to help them deliver the taste of homemade in quick, convenient formats. This addition to the Hob Tops sub-range of the Bisto Made Simple line-up is described as a “concentrated paste, made with herbs, seasonings and real meat juices”.

Consumer verdict: Chicken, onion, mushrooms and semi-skimmed milk were required to complete the suggested recipe. The resulting dish was more highly rated in the South, with praise for the “subtle” flavours and “good” texture. Critical panellists, mainly in the North, disliked the “gloopy” texture and considered it too salty. But nearly half of the testers agreed it would be a good option for midweek.