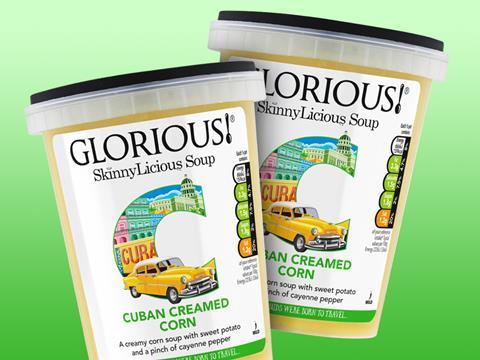 Why: This addition to the Skinnylicious soup range taps a number of trends: consumer demand for healthier options, the rise in Latin American flavours, and the growing popularity of chilled soups - a category that is now worth £186m [Nielsen 52 w/e 25 October 2015]. This variant - exclusive to Waitrose - is one of a range inspired by global flavours, with Moroccan Spiced Chicken and Mexican Tomato & Fire Roasted Pepper also in the line-up.

Consumer verdict: The product failed to inspire, with many of our consumers expressing disappointment. In spite of being a healthier option seen as bringing something new to the category, more than three quarters of testers said there were better examples available. Most criticism centred on the “watery” taste and texture, the high sweetness, and a lack of corn flavour. Despite some positive feedback about creaminess and thickness, half claimed this was simply not for them.